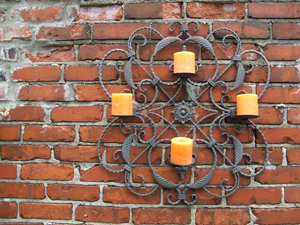 After five years living in London and working in famous landmarks such as the O2 Arena, the British Academy, Banqueting House and Fulham Palace among others, I decided to return to Spain to create my own company dedicated to weddings and events (Wedding and Event Planner), not only for residents, but also for non-residents that wish to take advantage of the benefits our country has to offer.

My passion for events and protocol were already present from when I was a teenager, so when I finished my degree in Law, I felt the need to study more in this field, and I qualified with the title of Senior Specialist in Protocol and institutional relationships from the International School of protocol. Later, and during my stay in the UK I obtained a Diploma in Event Management course of “Wedding Planner”, (Institute of Commercial Management).

I have been lucky enough to work in the VIP areas of the O2 Arena in direct contact with personalities in all types of events, such as:

I also have a depth of experience in the organisation of weddings in Fulham Palace or the British Academy working with wedding planner professionals. All of this I completed along with my work in the Olympic and Paralympic Games in London, where I formed part of the protocol team.

In addition Hanami consists of a team formed in both the International School of protocol and the Higher Institute of protocol and Events with languages and has vast experience in the organisation of weddings and events.

Professionalism, creativity, personalisation, and love for our work.